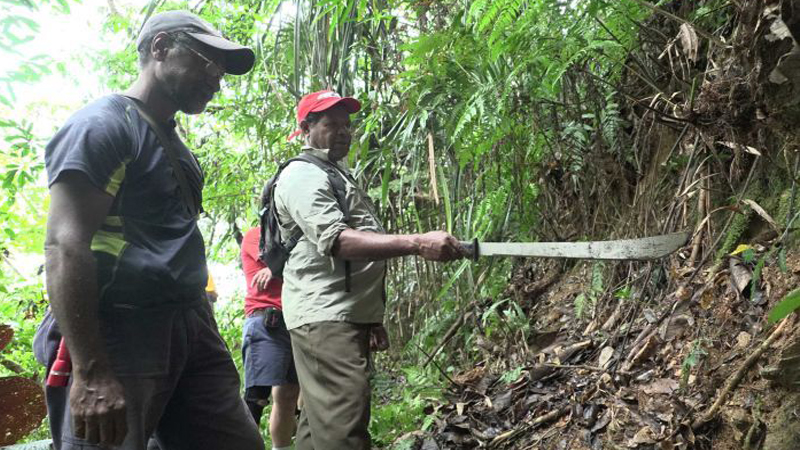 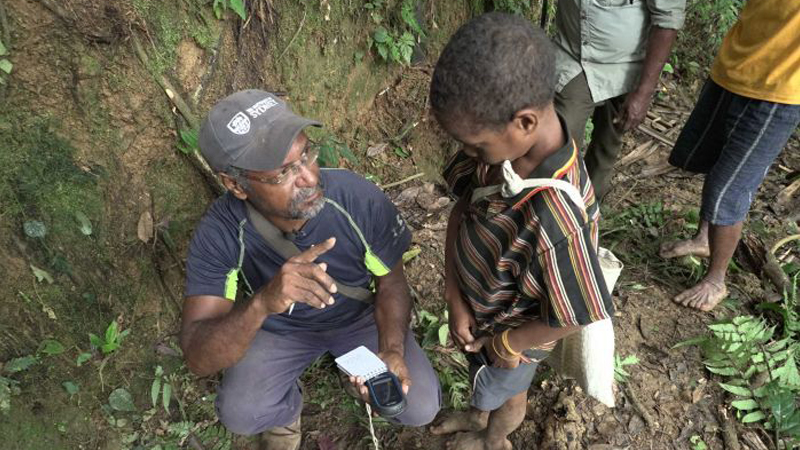 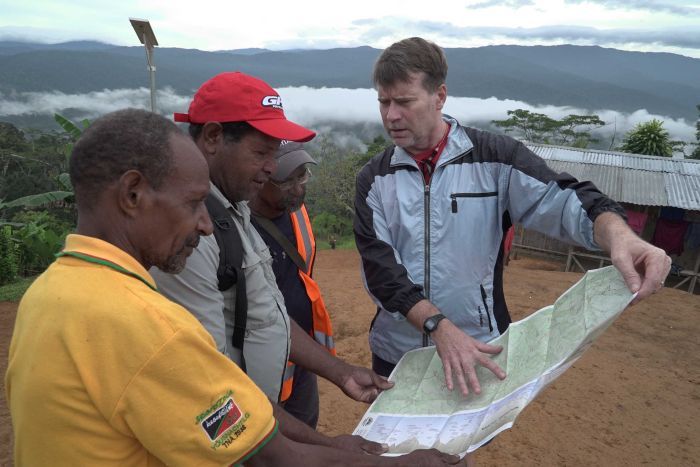 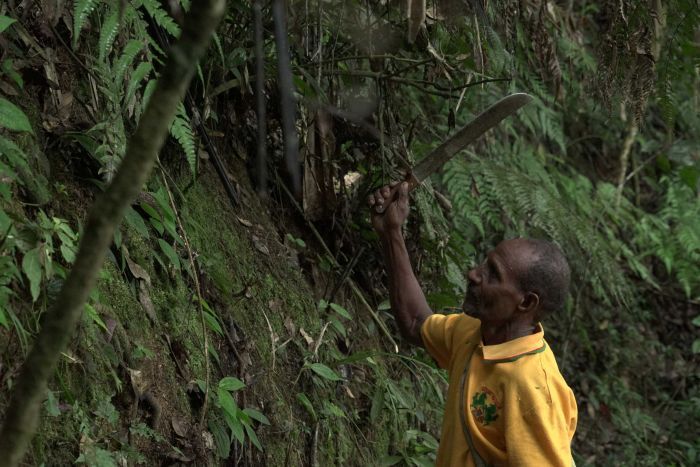 The battle along Papua New Guinea’s Kokoda Track has been immortalised in books, movies, and television.
But even though thousands make the celebrated trek every year, historians are still discovering new sites and information about the brutal campaign in the mountains near Port Moresby.

One such site is a graded trail built by Japanese engineers near the village of Naoro.

To find the site, archaeologist Nick Araho from PNG’s National Museum needed the help of local landowners, who cut away the thick bush that had reclaimed the area.

I wouldn’t have known if the local people hadn’t shown us where this site was,” he said.

These sections of the Japanese trail — known by locals as the “Jap Road” or “Jap Track” — are in the mountains near the furthest reach of the Japanese advance on Ioribaiwa Ridge.

Author Bill James, who wrote the Field Guide to the Kokoda Track, found a Japanese map showing this part of the road in his archival research.

Other sections back towards the town of Kokoda are being investigated by archaeologists from consultancy Extent Heritage, who believe it was an alternative supply route for Japanese troops.

Mr Araho was impressed with the condition of the old track, which had been cut into solid rock in some sections.

“That is important for world history and military heritage in general, because it gives us an indication about the kind of history that’s preserved along this track and other parts of Papua New Guinea.”

Mr Araho said his visit to the site showed him that unappreciated elements of the Kokoda Track’s history were not hard to find.

We think the Kokoda history is shrouded in thick, impenetrable jungle but there you have right in your face, in your eyes, something that you can point to that’s well and truly alive after 70 years,” he said.

“They made a clean, well-engineered cut into a very steep slope, in fact ending up cutting through bedrock,” he said.

“It’s just proof that there’s a lot around here in the bush to be rediscovered and then preserved once you rediscover it.”

Dr Connelly is helping prepare a military heritage strategy for the PNG Government, so it can find, preserve, and hopefully allow people to visit sites like these on the Kokoda Track and elsewhere in Papua New Guinea.

“The idea is to come up with a management plan that has all of these things in balance,” he said.

If someone walks the Kokoda Track 50 years from now, what are they going to see?